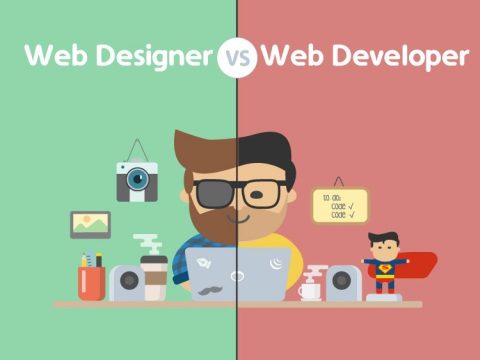 Web design encompasses a variety of disciplines and skills in the creation and management of web sites. The various disciplines of web design generally include web graphic design; web authoring, which include standardised coding and proprietary applications; user interaction design; and Search Engine Optimisation. The use of multimedia and interactivity features within the web site design are also a key part of web design. The success of a website largely rests on how effectively it is marketed by the use of various marketing techniques. One such way is through SEO (Search Engine Optimisation).

A web designer creates the actual visual appearance of the site. It is their job to plan out the layout and visual elements of the site and to ensure that all parts work together aesthetically. The layout of the website is determined both by the designer’s expertise and the client’s expectations. For example, if the website is to be used as a tool for advertising the products or services offered by the business, then the visual appeal of the site should be attractive and striking. A web designer will often collaborate with a web developer to ensure that the layout of the website matches the specific needs of the business.

Another important aspect of web design is typography. It is the physical layout of the text and its formatting that make it readable and attractive to the user. The role of the web designer is therefore to ensure that the typography closely matches the visual presentation of the information on the website. It is common practice for web designers and developers to work closely with a number of professionals in the field such as web designers, web developers, print designers, and architects to ensure the compatibility of the final product.

As the web designer and the web developers to work together, they can discuss the layout, appearance and use of navigation links with each other. The main aim of these two professions is to achieve the best user experience. This can often include several different approaches to achieving the best visual appearance and functionality of the websites. It is common practice for web designers to implement a number of different techniques and code solutions to achieve the best results from their websites.

In order to succeed in this profession, it is necessary for web designers to have an understanding of different software development tools. They must have good industry knowledge and be familiar with the different programming languages. Web designers should also be proficient in creating print layouts as well as the functionality of cascading style sheets (CSS). A major part of web designing is learning how to make effective layout diagrams as well as making sure that all the web pages are correctly aligned. The layout diagrams that are created during web design processes will be the foundation on which the web designer will build the website.

Another part of web designing is to choose the right technology to use when developing websites. One of the most popular technologies being used by web designers is Flash. However, many web designers will not be able to design websites that are attractive and professional without using Adobe Flash. Some web designers will actually not use Flash at all and would rather employ HTML and CSS for their websites.

While web designing, the web developer will need to learn about CSS. CSS is one of the most important coding languages that are used in the web design process. CSS is one way of writing code to create and style web pages. It is common for web designer to learn and master some basic skills in CSS before they begin to learn and work on CSS programming.